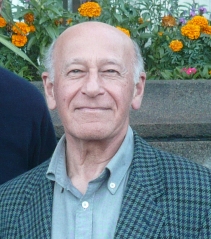 Following a consultation by Brixton Hill’s Labour Action Team, Councillor Adrian Garden has presented a petition on parking to Lambeth Council on behalf of residents of Kingswood, Thorncliffe, Thornbury and Rosebery Roads.

Over 50 residents responded to the councillors’ survey. Over 90% of those responding were in favour of extending parking controls to their area, although there were strong feelings on both sides.

The questionnaire is still open and councillors are very much interested in hearing from more residents about ways the parking issues in these roads can be addressed.

Cllr Garden, a member of the Brixton Hill Action Team, said: “Several residents brought this issue to us, describing the difficulties of parking on their own street. We responded by setting up a questionnaire, which has given a much larger number of residents the opportunity to comment.

“The overwhelming response has been that residents want to see some controls in these four roads. We have heard stories of people struggling with shopping and small children from several streets away, or driving around for up to 30 minutes looking for a space. Residents told us that ‘our streets are constantly blighted with commuters’, ‘our few small roads carry a very heavy burden’ and ‘I don’t use my car in the week because I am worried about never getting a parking space when I return.’

“Brixton Hill’s Labour Action Team will now push the Council to move to formal consultation as soon as possible. No Controlled Parking Zone will come into force without a positive vote by residents and we will continue to listen to people living in these roads about this issue.”