The news last week that David Cameron has criticised his own Conservative council in Oxfordshire for making cuts to front line services has rightly caused consternation among all of us in local government who have been working hard to limit the impact of his deep cuts to our funding. In Lambeth, we’ve lost over 56% of our budget since 2010, much more than Tory councils despite our higher levels of need, which means unavoidable decisions about what services we can deliver.

David Cameron however seems to think that there are easy answers to this question and offered a meeting with his policy advisers to the Tory leader of his own council so these can be set out. Of course, such special treatment would be a breach of the ministerial code so the Leader of Lambeth Council, Cllr Lib Peck, has written to the Prime Minister to request the same meeting so she can make his advisers aware of the reality of local government cuts in Lambeth. You can read a copy of her letter below. 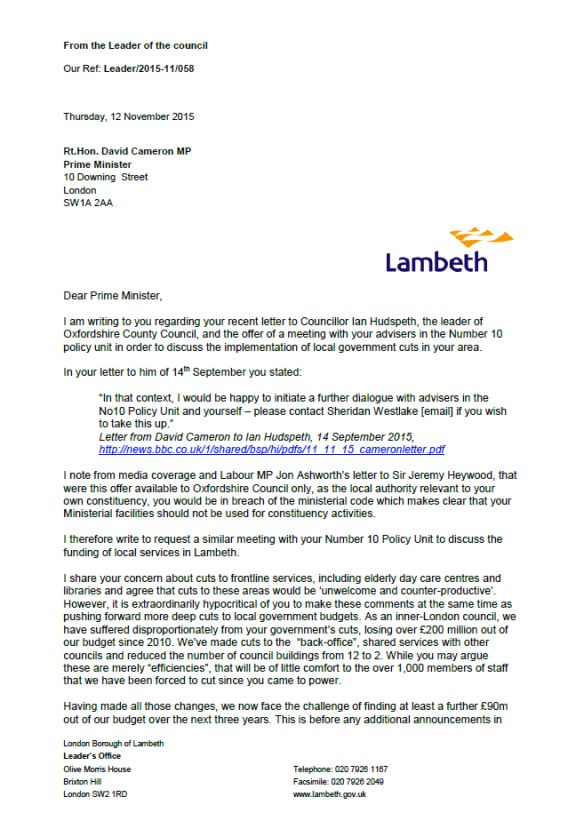