John Ashby’s Windmill (aka Brixton Windmill) is now the nearest mill to the centre of London. It was built in 1816 in farmland on top of a hill. In the mid 1850s the surrounding cornfields were replaced by houses, so the strength of the wind reduced catastrophically, and the family decamped to their watermill on the Wandle at Mitcham. When that lease ran out in 1902, the family came back and installed a mill powered by a steam engine on the first floor, which is still there, though now powered by electricity. The business finally ceased in 1934. 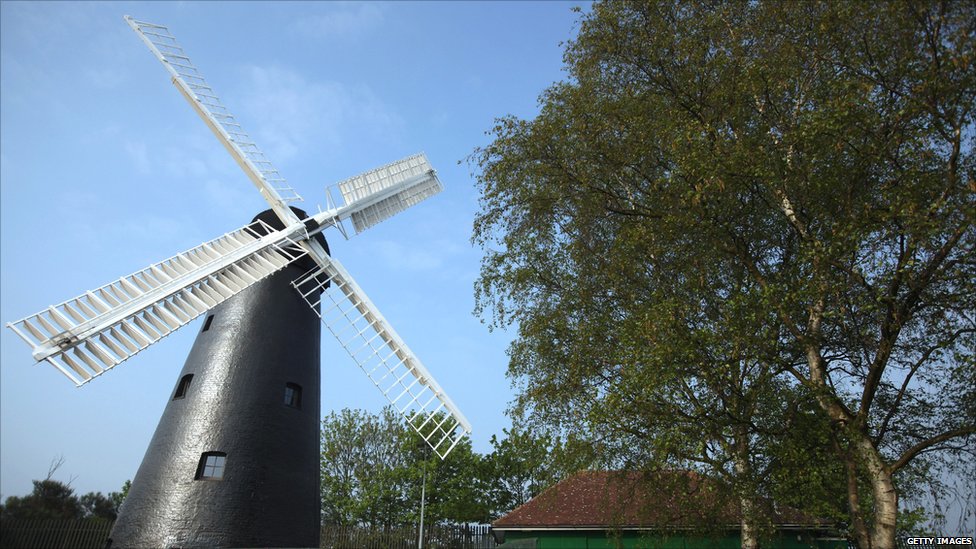 Eventually  – in 1957 – The mill and its surrounding buildings were bought by London County Council. Three years later the mill came under the control of Lambeth Council who demolished the out buildings and laid the site out as an open space.

Over the next 40 odd years there were repeated cycles of refurbishment and vandalism until the Friends of Windmill Gardens (FoWG) were set up in 2003 to restore and reopen the Brixton Windmill. They also began a programme of annual free festivals and other  community events. In 2010 the FoWG, in partnership with the Council succeeded in obtaining a grant from the Heritage Lottery Fund (HLF) to pay for the restoration and fund a 5 year schools programme and for opening the building in the summer months.

This year the mill celebrates its 200th birthday so both the FoWG and the Council want to make it a memorable year.

Two streams are proceeding in parallel: The FoWG are preparing a series of exciting events in the park throughout the year; and the Council (together with FoWG) is planning actively for an education centre in the park which will carry on the education programme funded (until September 2015) by the Heritage Lottery Fund.

FoWG have their own website, and details on all their activities will appear there, so i will concentrate just on the project for an education centre.

Currently the education programme is carried out in the old One O’clock Club building, where Holmewood Nurseries run Stay and Play and other community activities. As the Education Programme plans to expand into secondary from just primary schools; and as Holmewood nurseries need to expand their activities, to remain viable, the current building is totally inadequate. (It’s pretty inconvenient swapping furniture round all the time now). We are therefore considering expanding the building, or knocking it down and building a bigger one adequate for both groups, or building an additional building for the Education Centre.

We are planning to ensure that the community benefits.

FoWG’s plans include all sorts of activities to involve and benefit the local community, as well as education for the local schools. These include grinding wheat to make flour and baking bread. (The bread and beer festival in April attracted vast crowds who bought locally baked bread, locally made cakes and locally brewed beer)

There is a tight timescale for the whole project, and this will update you on progress as it happens. We should hear the outcome of the feasibility study in late summer!