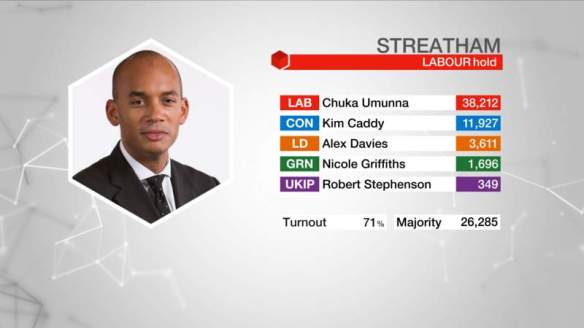 Chuka Umunna has been re-elected as Member of Parliament for Streatham with an increased majority. With almost 70% of the vote, Labour’s candidate now has a majority of 26,285.

Chuka and Brixton Hill Labour activists worked hard on the election, specifically highlighting Chuka’s work to fight for local services and school funding, his campaign for better rail services and his challenge to a hard Brexit, including work to guarantee the rights of EU citizens in the UK.

The full results were: