After a less than satisfactory set of statements by the developers of the Lambeth College site on Brixton Hill at the meeting organised by Chuka Umunna MP earlier this month, the partners have finally put more information in the public domain.

A website has been created at BrixtonHillCampus.com and an exhibition is being planned as an opportunity to see the plans so far and meet the team on two dates:

Both exhibitions will take place at Lambeth College on Brixton Hill. Councillors will attend to press the developers to ensure fuller, clearer information is now available about the new buildings and the construction phase.

Future events are promised and the team have said they welcome comments at information@brixtonhillcampus.com or 020 7566 7964.

Local MP Chuka Umunna is holding a People’s Question Time on 4 March for residents to raise concerns with him, councillors and others regarding the redevelopment of Lambeth College on Brixton Hill.

Whilst many residents seem to be in favour for the site remaining a centre of education, rather than housing or retail, there is widespread concern regarding the lack of consultation given to residents regarding the proposals, despite councillors raising this with developers.

END_OF_DOCUMENT_TOKEN_TO_BE_REPLACED

As previously outlined, an ‘open forum’ last week was organised by the partners redeveloping the Lambeth College site on Brixton Hill, which included the Education Funding Agency, Mott MacDonald, Lambeth College, Trinity Academy and South Bank UTC. Unfortunately many residents did not get sufficient notice, particularly those from Brixton Hill Court, so we are pressing for further opportunities. Councillors Adrian Garden and Martin Tiedemann attended and spoke to residents and architects.

The partners unveiled at the event a small number of images – two artists’ impressions and some site plans. These are reproduced below. The partners also circulated a page of ‘key facts’, including details of the four-storey temporary buildings to go on the far rear corner of the site and an email address residents can use to communicate with the partners. However, a lot more information and reassurances will be needed for residents to evaluate the plans and make meaningful suggestions in the planning process. END_OF_DOCUMENT_TOKEN_TO_BE_REPLACED

After months of waiting for any news at all about the plans for the redevelopment of the Lambeth College site on Brixton Hill, the Government has finally announced its outline plans for the site that it bought from the College for £18million.

Brixton Hill residents have been invited to an ‘open forum’ discussion at the site on November 19, before the formal consultation process begins.

The Education Funding Agency (EFA) has confirmed the redeveloped site will be home to  adult education and training facilities for Lambeth College, the new Trinity Academy and the 14-19 Southbank University Technical College in partnership with London Southbank University and employer sponsors. They say the new buildings and provision will aim to cater for almost 2,000 learners at a time. END_OF_DOCUMENT_TOKEN_TO_BE_REPLACED

As plans continue to be developed for the New Town Hall and council office sites along Brixton Hill, local residents are being invited to consultation meetings later this month to further consider ideas for the new buildings.

Reports on local blogs mistakenly suggested that the historic (and iconic) Electric Brixton on Town Hall Parade would now form part of the development. Brixton Blog has now corrected this and the Council has confirmed that there are no plans for the site. The neighbouring building currently housing the Fridge Bar has always been part of the redevelopment proposals alongside Hambrook House, Olive Morris House and council buildings on Buckner Road. END_OF_DOCUMENT_TOKEN_TO_BE_REPLACED

An application for planning permission for two linked 5-storey buildings has been submitted for the derelict former Elf petrol station on Brixton Hill.

Having been refused planning permission on a previous occasion, developers have returned with a scheme that they say better reflects the surrounding street scene and adjacent Grade II listed buildings. According to the design statement:

“The southern block, a five-storey white rendered block, adopts the proportions, massing and materiality of 132 Brixton Hill Grade II listed building. The northern block, of a red/brown finish, is narrower than the southern part seeking to maintain the proportions of the row of brick terraced houses north along Brixton Hill. It also seeks to tie in with the language of the brick mills and industrial units to the rear of the site.”

The scheme is a mixed use scheme, with ten studio/office units and eight residential units on the upper floors, with no homes deemed ‘affordable’.

The developer is also offering a financial contribution to the upkeep of Windmill Gardens, as well as an agreement that residents would not be eligible for residents’ parking permits in order to reduce the burden on local parking.

Residents can make comments or object to the scheme online here.

A planning application has been lodged with the Council for a new building on the empty site on Blenheim Gardens opposite the Windmill pub.

A 5-storey building is proposed, to create 13 studios/offices (Use Class B1, i.e. as offices but not for any industrial processes) and 9 residential units together with cycle parking and refuse and recycling storage areas. As a location of employment opportunity, it would be expected for there to be work units or offices – the developer claims that the residential element is to make the development stack up financially. Full details and documents are here. END_OF_DOCUMENT_TOKEN_TO_BE_REPLACED

Following outline planning permission granted earlier this year, the Council are now consulting on the detail of the proposals to expand Sudbourne Primary School using the vacant site on the other side of Sudbourne Road.

Brixton Hill’s councillors and Lambeth’s lead on education, Cllr Rachel Heywood, have been working with the school to ensure the expansion maintains the current school’s ethos and way of working.

Now local residents have a chance to have their say on the plans on Tuesday December 17. Proposed designs will be on display at a drop-in session at the school between 2-8pm and people will be able to comment on them and speak with the designers.

Councillor Florence Nosegbe welcomed Sudbourne’s proposed expansion earlier this year: “More and more people are choosing to send their kids to local schools which is good, but bad because there’s not enough space. As one of the only councillors who went to primary and secondary school in Lambeth, I know how important it is for local children to get access to local schools.” 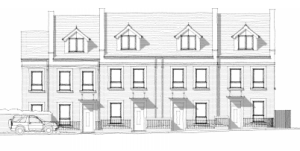 A planning application has now been received by the Council for the former nursery site on Lyham Road. The proposal is for three three-bedroom and one two-bedroom homes. The houses will be sold commercially but there is an expectation of additional community benefit via Section 106.

These plans were displayed a few weeks ago by the developers at the Methodist Church on Lyham Road.

The plans can be viewed, commented upon or objected to on the Council’s Planning website.

Sainsbury’s have been granted planning permission for a training centre at the rear of their store on Brixton Hill at the corner of Lambert Road. This will comprise five training rooms and associated facilities for managers in the region.

The good news for local residents is that this will enhance cycle parking at the site and reduce unauthorised parking by shoppers at the store – something that councillors and residents have been calling for since the start of the year. Councillor Martin Tiedemann had made numerous complaints about the store not doing enough to prevent parking on the pavement and damage to the trees as well as the lack of cycling provision. Local resident Erin Gill created a petition calling for cycle parking at the store.

The proposals now are for six cycle stands on Lambert Road, which are intended for staff receiving training but will be able to be used by customers. Bollards will be placed along the edge of the private land to prevent parking to the side of the store. The development will be ‘car-free’ with a green travel plan to outline how Sainsbury’s will help its staff coming from further afield to use the excellent transport links in our area.

Cllr Martin Tiedemann commented, “I am pleased that Sainsbury’s and the Council took on board my concerns about parking on the pavement and the lack of cycle parking and will put measures in place. This will make for a more pleasant and safer environment for local residents and customers.”